When you’ve been in the bromeliad and tropical plant business as long as we have at Tropiflora (43 years!) you eventually get involved with just about everything. We’ve been part of many projects around the world and some of mythical proportions. The amazing Gardens by the Bay in Singapore for example with its Super Trees. They have nearly 200,000 bromeliads on them supplied by Tropiflora. We’ve supplied plants for the Dali Museum in St. Petersburg and thousands of plants and special plantings for Disney World over many years. Locally the Marie Selby Botanical Gardens has been a long-time client. When they need special plants for their many beautiful displays and projects, they often call on Tropiflora. Recently we got a commission to build some giant Tillandsia balls for an outdoor holiday display at the Ringling Museum on Sarasota Bay.

The balls needed to be large, to be seen hanging in a huge, old Camphor Tree. They had to be interesting and decorative and be able to withstand outdoor conditions for months or maybe even permanently. Further, they needed some full sun bromeliad displays in bright red colors for elaborate, historical concrete planters. Not easy. 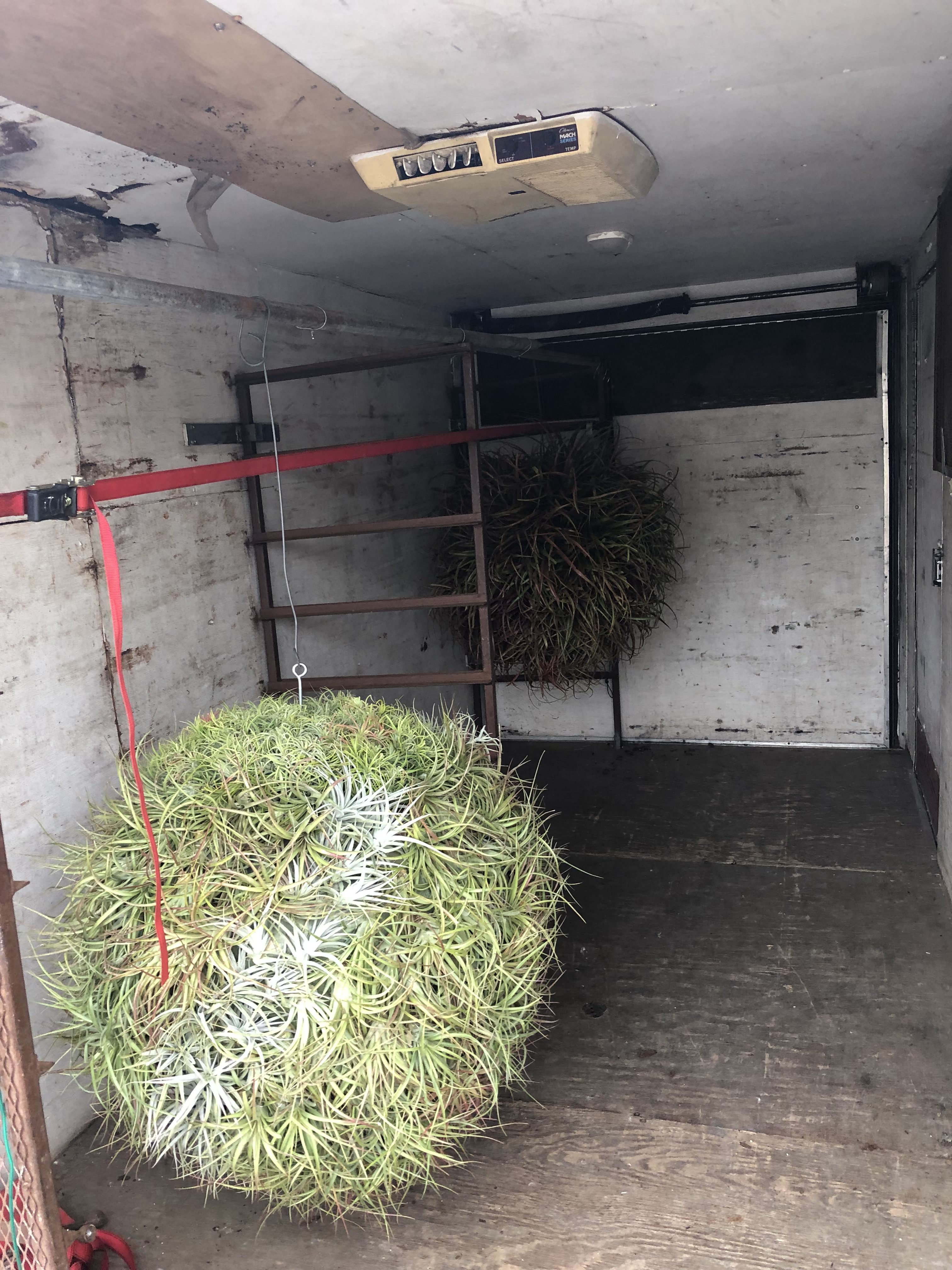 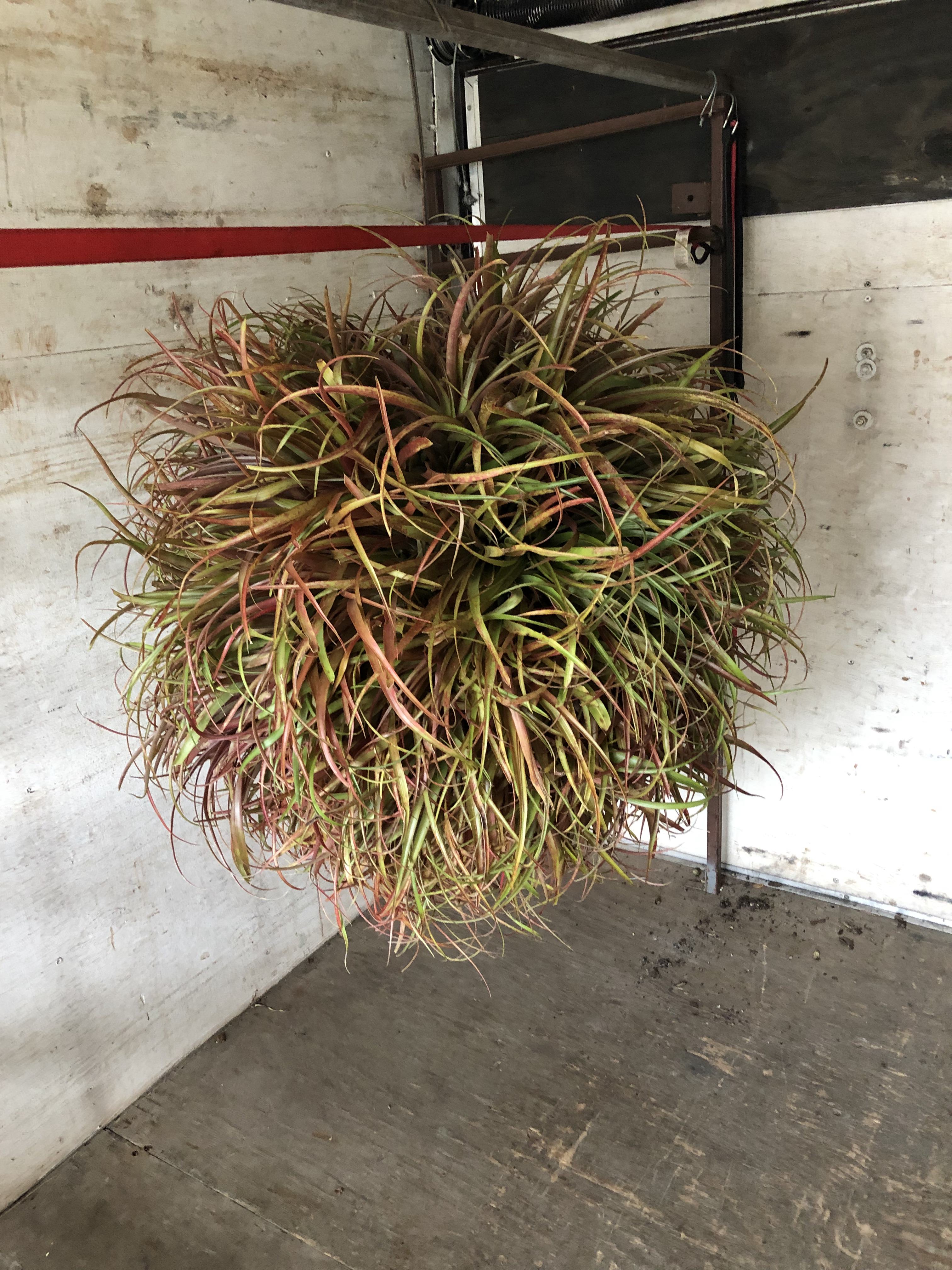 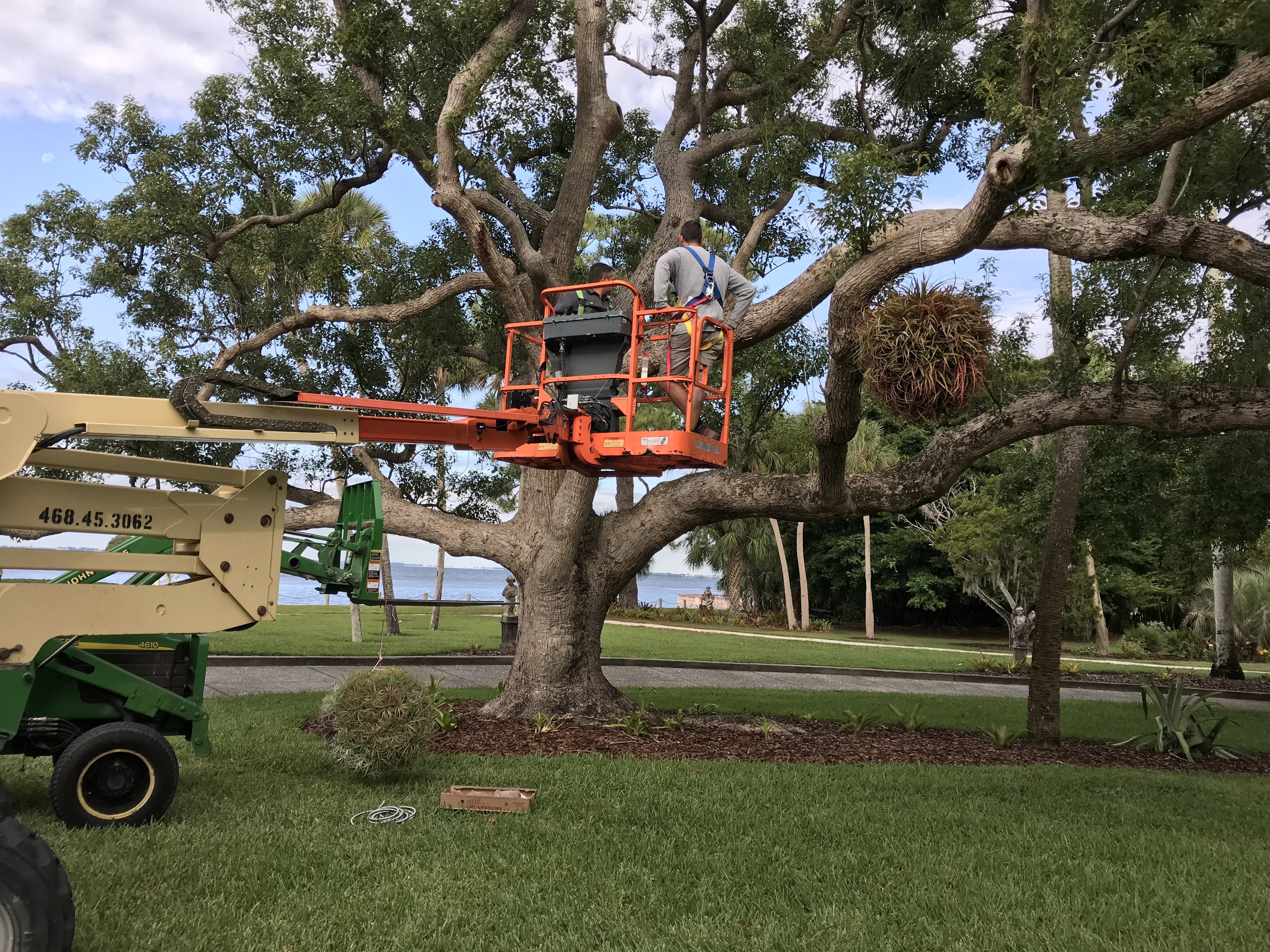 We talked over the logistics with the crew and each was given a task. Linda and I secured the materials for the balls. There were three of a dense Styrofoam material, the largest, 30 inches. A fourth was a welded wire form with vines. Each was to be covered with plants. Veronica, our head Tillandsia grower, calculated what plants to use for the exposure. She had to have enough of each available and then find a way to attach them permanently. Several methods were tested, plants gathered, and materials were assembled.

Each individual plant had to be attached with wire and adhesive to be weatherproof and promote rooting. She used the help of four girls on her team working for almost a week to complete the project. One ball was tackled by Anthony. That one has 250 Tillandsia capitata ‘Red’. A smaller ball has 200 Tillandsia Ionantha covering the surface. The medium sized ball has 40 Tillandsia xerographica. The largest uses several different Tillandsias including Tillandsia ‘Sparkler’,  Til. Ixioides, & Til. palaecae among others. That ball has over 350 Tillandsias!

Brian Weber assembled the five planters with the red bromeliads for full sun. He used Neoregelia cruenta ‘Rubra’ and Neoregelia ‘Zoe’ on most. Two had the cruenta and Neoregelia ‘Superball’. The results were spectacular. 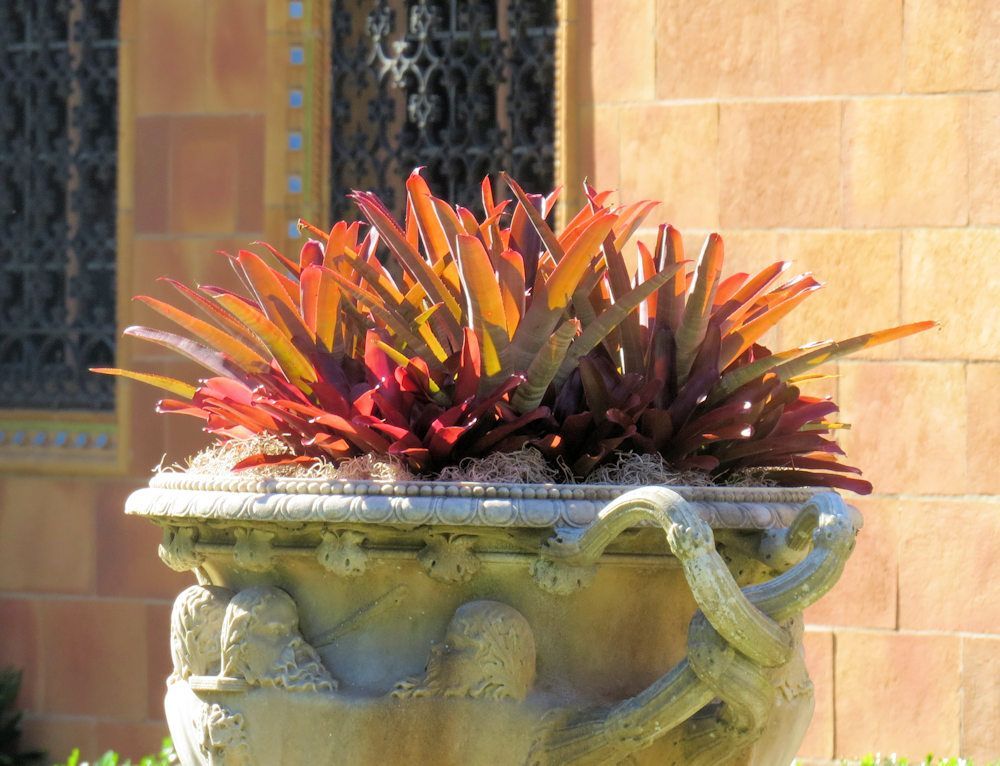 Our team helped install the balls which are hung on stainless steel cables. The tree is in front of the Ca d’Zahn, John Ringling’s spectacular Venetian Gothic mansion built in the 1920s on Sarasota Bay.

We are very grateful for the opportunity to be a part of this project. We took pride in our work and are honored to have our bromeliads on display at one of Florida’s premier museums and attractions. 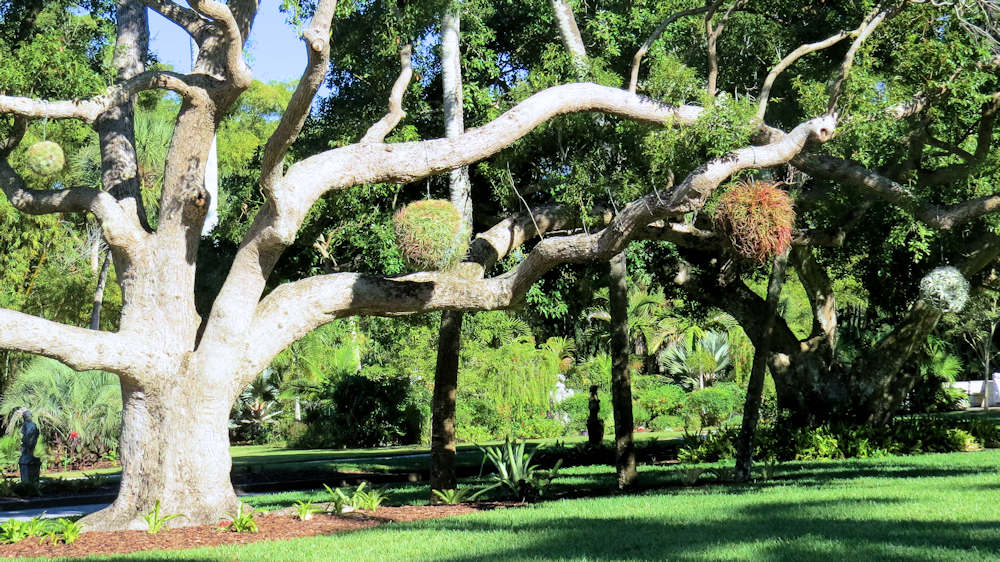